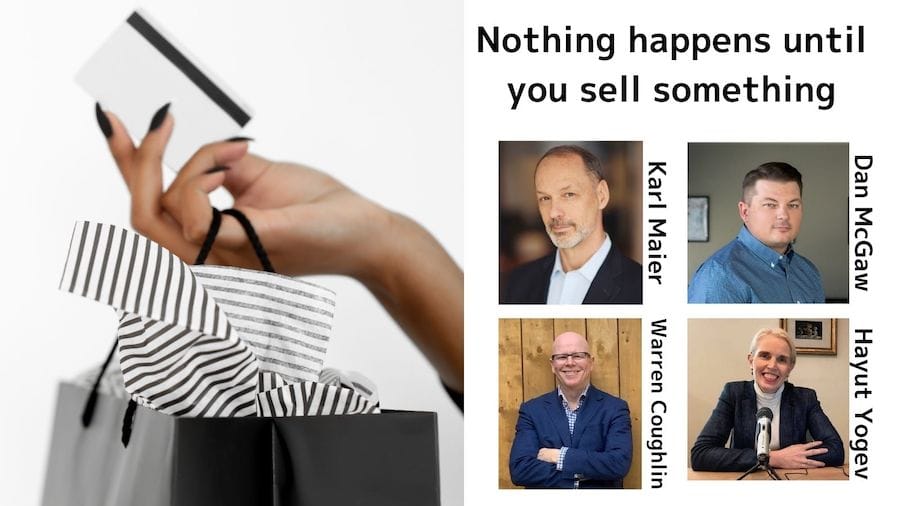 Among all the challenges entrepreneurs are facing getting more clients is the challenge that is mentioned most.

Customers are the oxygen of any business. And yet, we often think about getting customers and sales as a given.

Surprisingly, in most cases, focus on getting more customers to grow your business is much easier than most entrepreneurs think. But often, they prefer to focus on finding a cheaper manufacturer or making changes in the product, or replacing the team rather than increase their leads and customer base.

Probably because customers’ marketing and sales are something most business owners are not certain of.

They are not aware of the speed and volume of growth they can get through focus on the right customers to generate more leads, and sales

In today’s episode, I chose to focus on the stories of three successful entrepreneurs who realized that focusing on the customer is the easiest and fastest way to win.

Karl Maier has been part of the leadership team in six established companies which have at least doubled sales in two years. Leveraging his successes, Karl developed the Abunden Framework© and led the development of the practical management tools in the Abunden Tools App. These online SaaS (Software as a Service) tools build the management structure for companies to grow and succeed.

Dan McGaw is an award-winning entrepreneur, speaker and the CEO of McGaw-dot-io, an analytics and marketing technology consultancy and SaaS platform, UTM.io.

In addition, Dan also finds time to be a 500 Startups Mentor, and has previously started the first business accelerator in Orlando.

He’s also a thought leader in the MarTech world and CXL instructor on the topic. Having spoken at the leading Marketing conferences and online events, including Traction Conf and Forget The Funnel, his expertise lies in helping businesses extract and interpret the right data to grow their revenue exponentially.

Warren Coughlin helps principled entrepreneurs build a Business That Matters. He was the top Coach in Canada with the world’s largest business coaching company before going out to focus on Businesses That Matter.

His clients have experienced everything from 8 figure exits, to 7 figure salaries, from rapid expansion to minimized operational work because of the development of great leaders and high performance values-driven cultures.

I hope these stories encourage you to look for your biggest market opportunities, find the right customers you should focus on, and create the most attractive and accurate sales offer.

The best ways to connect with Karl Maier

The best ways to connect with Warren Coughlin

The best ways to connect with Dan McGaw