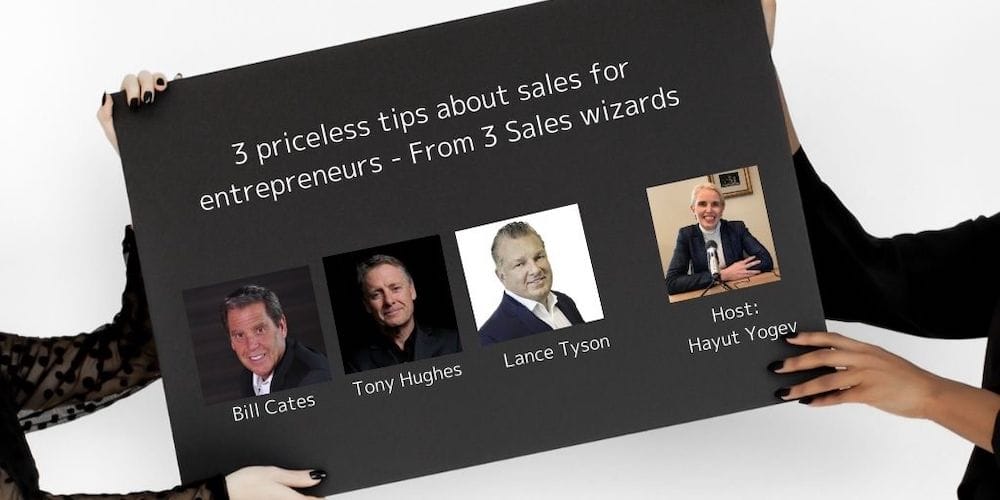 The process of sales starts with the first interaction with your prospect and ends with closing the deal, and then, delivering the product or service and supporting your clients.

Many entrepreneurs lack this skill. In today’s episode we will hear the best pieces of advice from three entrepreneurs who focuses on sales.

Listen to their advice, find the best one to implement in your business, and start gaining many more clients, and revenue.

Tony is also a bestselling author and the most read person on LinkedIn on the topic of B2B sales leadership. He has more than 400,000 followers on his blogs. The American Management Association published his most recent book, COMBO Prospecting.

A born entrepreneur and self-starter, Lance Tyson is an authority in the sales world with a passion for developing strong business leaders. Lance has worked with some of the biggest names in sports and entertainment, including the New York Yankees and the Dallas Cowboys. After leaving school to start his first business, Lance began working for Dale Carnegie. He rose through the ranks eventually building the most successful Dale Carnegie operation in North America.

After a fifteen-year run, Lance sold his interest in Dale Carnegie in order to form a new company, Tyson Group. The focus of Tyson Group is to diagnose your sales team and propose solutions that deliver results that make sense for your organization and needs. We aren’t just a company that provides training—we are a partner that provides solutions

Bill is also somewhat of an adventurer. He has trekked through the Himalayas of Nepal and the Andes of Peru. He has lived on a houseboat in Kashmir, India, climbed Machu Pichu, reached the summit of Mt. Kilimanjaro, camped in Arctic Circle… and Bill has toured the country as the drummer in a rock and roll band.

I hope you loved the lessons of these three sales wizards; Getting more customers is at the heart of any successful business.

“Personally, the key to my own success was learning to sell. I kind of got forced into doing sales in the startup I worked for. And it forced me to get into a zone where I was really uncomfortable, but I tried. And I think if you can do that, you can sell everything and as an entrepreneur, you’re constantly selling yourself, even if you’re not ‘doing the sales. Whether it’s talking to an investor, to a new partner, even getting an employee, you need to be able to communicate clearly the benefits of your company. I think that if you have confidence for doing sales you can definitely win.” 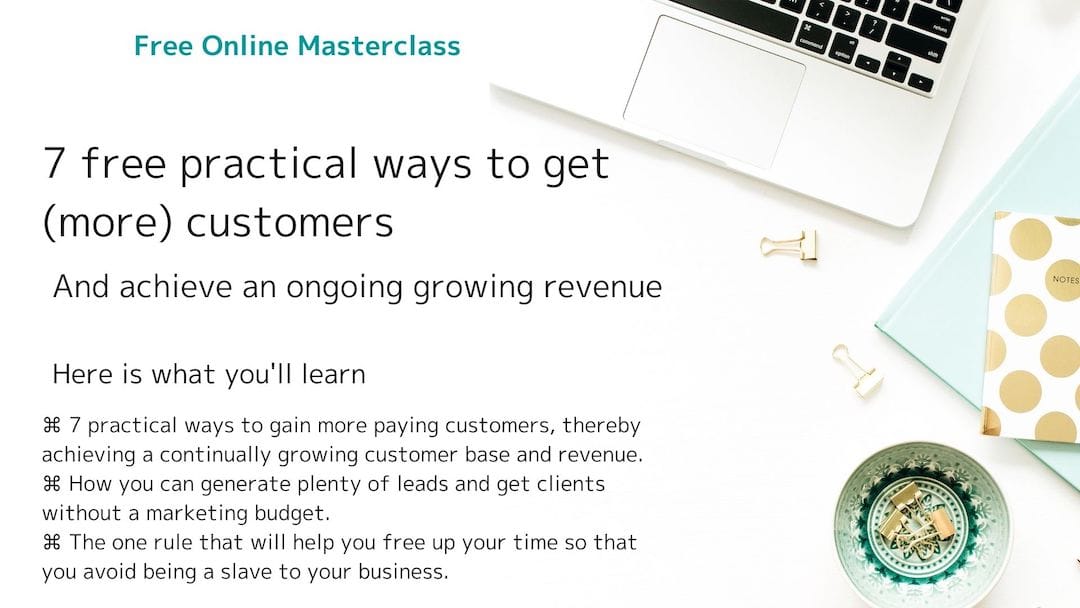