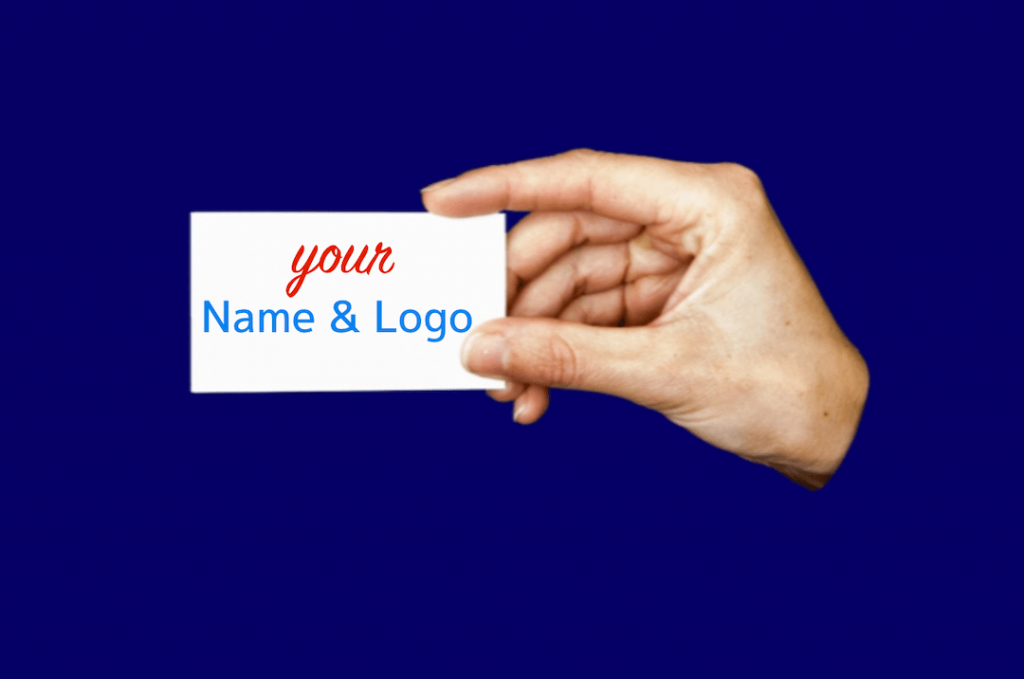 And I have a good answer!

I love the story of how Google chose their name. It shows an interesting process of naming a new startup or entrepreneurship.

How to choose the best name and logo for my business is one of the most asked questions among entrepreneurs and new business owners.

It makes sense. First, because this is what we do, right? When a new baby is born, the first thing we do is give them a name. The name differentiates us from every other person in the world -together with many other parameters- still; everything starts with the name.

The real power of your brand

Everyone talks about a brand, every entrepreneur knows a brand is very important… but why? What does the brand really add to your business?

Those of you who follow me on various social networks knows that I love to publish this photo and remind all of us that Mark Zuckerberg issued Facebook for 100 billion dollars while the company’s net income and revenues were $1 billion dollars. That’s called Branding. 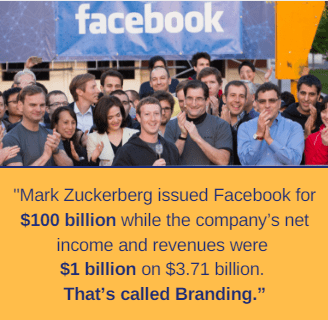 Read here about: How Entrepreneurs can build a strong startup brand to maximize the company’s value from the first day!

The name and the logo of the company are the base of your brand. To understand that, let’s define what a brand is:

A brand is a name, term, design, symbol, or other feature that distinguishes an organization or product from its rivals in the eyes of the customer.

Branding is the process of creating an identity and differentiation for your company or product in the minds of the customers.

Check out our free mini online course:
How to choose the best Name & Logo

What does a good name and logo stand for?

As we said before, and saw in the brand definition above, the role of the name and the logo is to differentiate your entrepreneurship in the mind of the customers.

For example, Visualead is a startup I love to write about, that was acquired by Alibaba last year; the interesting part is that from a first glance, you could see other companies doing very familiar things.

Visualead created visual QR codes. There were other companies that offered a colored QR code with icons, but Visualead technology was unique, patented and with a huge future advantages.

The main mission of Visualead was to differentiate themselves from the other solutions out there and create a message of a powerful, serious, business oriented company.

The name Visualead (they were first named Eyeconit) referred to the role of an eye catching QR code to grow engagement with leads and potential customers and especially targeted advertisers and designers. The logo they chose reflected the added value that the company offered back then to its users, mostly designers or marketers - creativity.

Visualead’s logo at he product launch:

How to choose the best name and logo for your entrepreneurial business (or, if you have chosen them already, how to make sure your name and logo suits your business’ needs.)

There are a few objectives to a good name and logo:

In order to achieve these objectives, the name and logo should be memorable, noticeable, and able to be legally protected (so nobody else in your field can use the same name or logo and steal you customers).

In order to find the right name and create the right logo (the name will always come first, of course, since it is the design base for the logo) you should have clear definition of the main business corner stones.

These corner stones, as I defined them in The Entrepreneurial Market Strategy Model* are:

In most cases, I believe you already have the answers to these questions, even if you defined them differently. However, it’s important to ask yourself these questions, and write a short, one sentence answer that is accepted by all the owners, to each of the questions. (These answers are needed, of course, for many purposes during the process of creating/growing your business.).

And the story behind google name**?

In 1996, Larry Page and Sergey Brin called their initial search engine "BackRub," named for its analysis of the web's "back links."

On January 2004, David Koller wrote the story he heard from his friends from the Gates Computer Science Building at Stanford University, where Google was born:

By 1997, Page seems to have decided that the BackRub name just wasn't good enough. Page and his officemates at Stanford began to workshop different names for the search engine technology, names that would evoke just how much data they were indexing.

The name "Google" actually came from a graduate student at Stanford named Sean Anderson. Sean suggested the word "googolplex" during a brainstorming session, and Page countered with the shorter "googol." Googol is the digit 1 followed by 100 zeroes.

Anderson checked to see if that domain name was taken, but accidentally searched for "google.com" instead of "googol.com." Page liked that name even better, and registered the domain name for Brin and himself on September 15, 1997.

** As written by Nathan McAlone in the Business Insider

Check out our free mini online course:
How to choose the best Name & Logo
Contact Us
Share